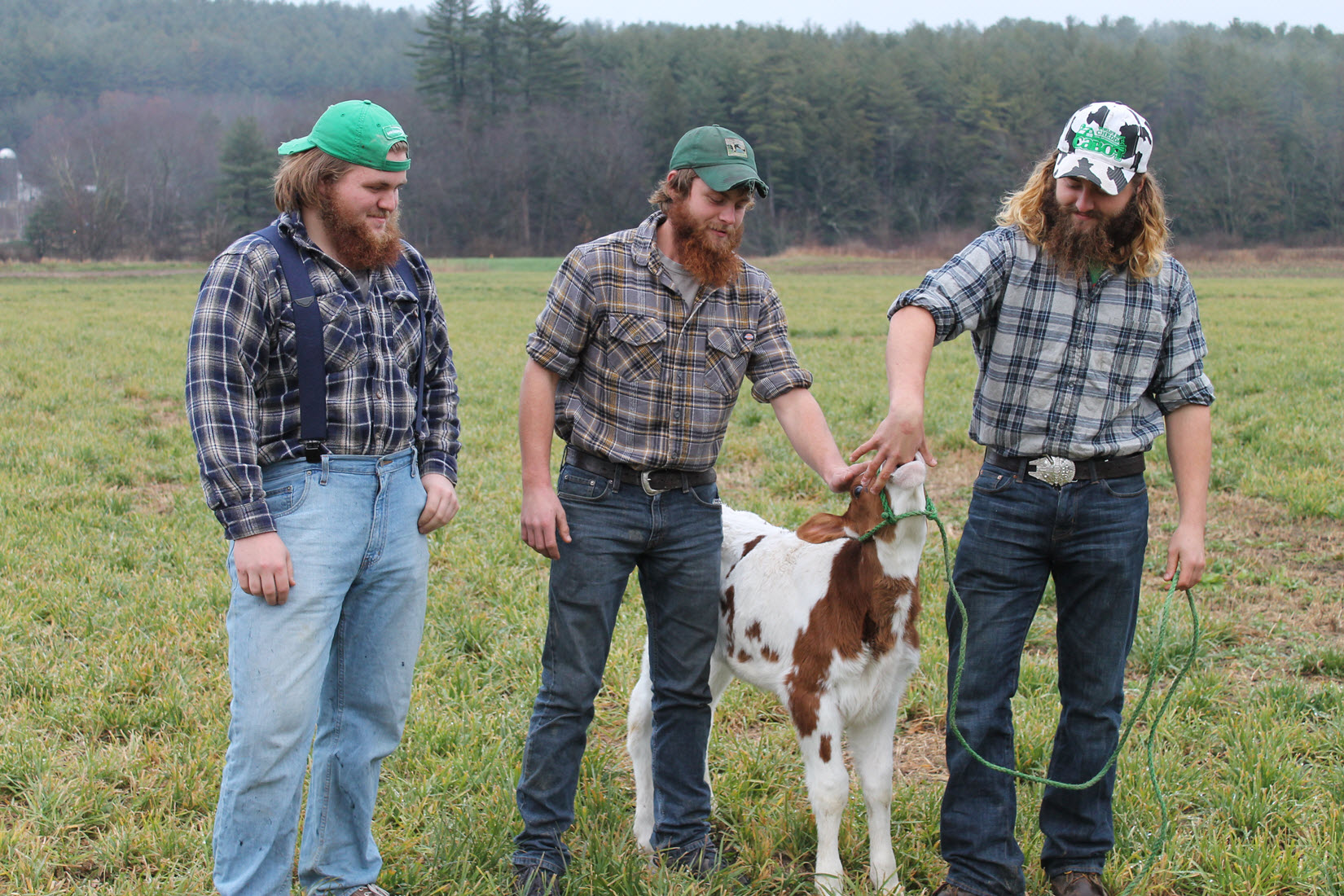 On April 4th we’ll add TV stars to our job descriptions! We’ll join 150 members of our community to watch the premiere of the HISTORY television series “The American Farm,” in which our family’s life on our dairy farm is depicted. We’re one of five families featured in the eight-part series to launch on Thursday, April 4 at 10pm ET. We’ll watch the first episode live at Cole Hall at the University of New Hampshire!

HISTORY describes the “The American Farm” as an up-close look at one full year of family farming told through an unprecedented year on the ground, capturing breathtaking visuals, private moments and personal interviews.

Our farm was established in 1907 along the banks of New Hampshire’s Contoocook River. The farm is now in the hands of the fourth and fifth generations.  Brothers Si, Nate, and Bram – with their jovial attitudes and bushy beards – will be a staple presence in the HISTORY series.

Evolving and growing over the years, the farm now consists of more than 440 acres of land and is home to 200 milking cows.  We utilize environmentally-sound practices in their fields, and modern-day cow care techniques in our barns to keep our animals and land well fed, and well cared for.

In early 2011 we made the decision to launch Contoocook Creamery to combat low milk prices. Using the milk from our own cows, we now produce and sells cheese and glass-bottled milks.

“We want folks across the country to see what modern-day dairy farming looks like,” explained Si Robertson. “We work to be a modern dairy farm that produces milk of the highest quality with the most efficient and environmentally sound practices available.  The well-being of our cows is the most important factor here at Bohanan Farm. We understand it takes happy, healthy cows to produce the high-quality milk we take so much pride in.”